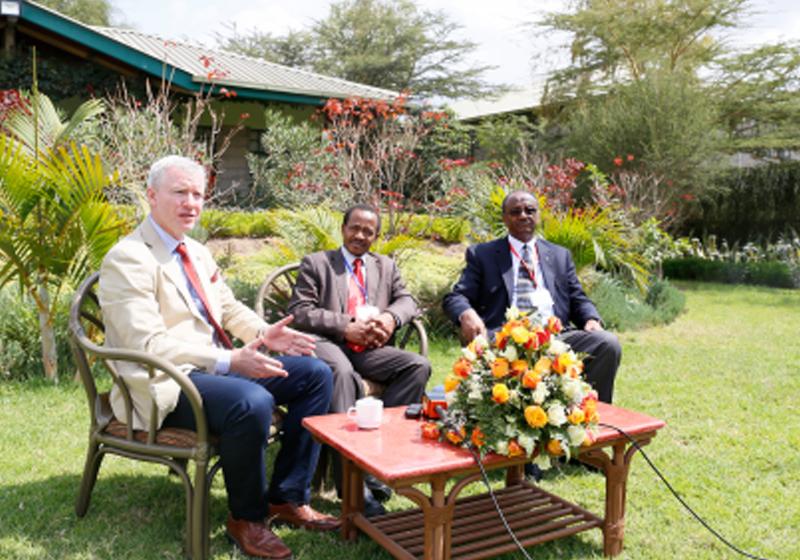 MACHAKOS, Kenya - Blue breasted songbirds buzzed around ornamental hibiscus and zebras cavorted with wildebeests at the Maanzoni Lodge in Machakos, Kenya - an idyllic setting for the first East Africa cross-border meeting on eliminating trachoma and other neglected tropical diseases (NTDs). Close on the heels of President Obama's historic visit to Kenya and Ethiopia, this meeting brought together East African countries with trachoma elimination goals to address elimination targets as one cohesive regional unit. As Dr. Paul Emerson, director of the International Trachoma Initiative (ITI), said at the opening session, "not one of the programs will succeed unless all of us succeed."

East Africa’s trachoma burden is huge, with over 107 million people living in trachoma endemic areas. This consultative meeting provided a forum for peer-to-peer knowledge sharing and an opportunity for the countries to assess their progress as a region.

Each country presented its trachoma work during the first plenary session. Oumer Shafi, a Ministry of Health (MOH) representative from Ethiopia said “with this level of endemicity of trachoma in Ethiopia, we are a threat to the rest of the world and to our neighbors, so we have to work together more."

Dr. Teshome Gebre, ITI’s Regional Director for Africa, encouraged the group to focus on action and results.  “Let us not come back to meeting after meeting to discuss the same challenges. Let us figure this out now and move forward in the fight against trachoma."

ITI and Kenya’s MOH co-sponsored the two-day meeting in Kenya. It was attended by delegates from all seven countries in East Africa, including Eritrea, Ethiopia, Kenya, South Sudan, Sudan, Tanzania and Uganda. In addition to MOH representatives, more than 20 participants from international NGO partners such as the The Carter Center, Orbis, Helen Keller International, RTI and Sightsavers were also present.

Dr. Alem Zecarias from Eritrea said, "For the past 10 years we have had border conflicts with Ethiopia but we are hopeful that this forum will give us a chance to work together with them.”

President Obama left Kenyans with a high degree of optimism for the future of the East African region. This cross-border meeting may also prove to be a game changer for trachoma elimination in East Africa.