Trailblazing the end of trachoma: 4 reasons for optimism in 2018 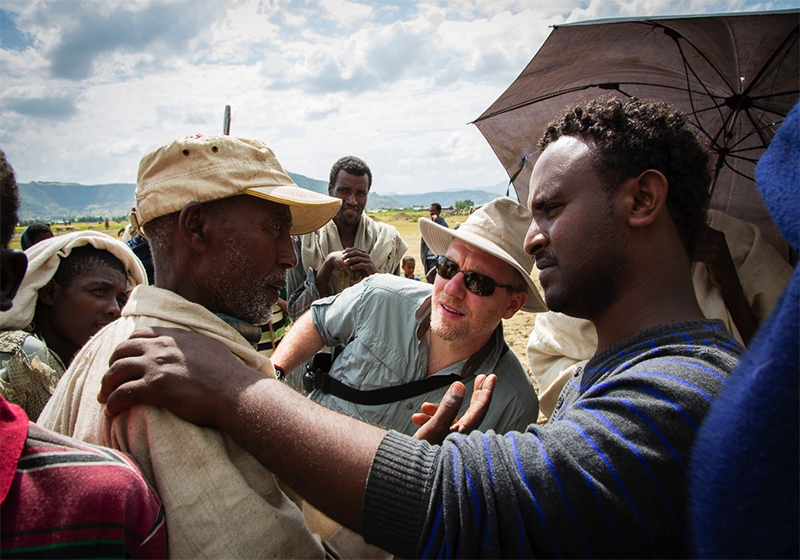 A community member in a trachoma endemic region of Ethiopia is being examined for trachoma by a health worker. Photo Credit: William Vasquez for the International Trachoma Initiative.

When the International Trachoma Initiative first opened its doors in 1998, there were many large knowledge gaps in the transmission and control of trachoma. We did know that people were going blind from an ancient scourge; that simple public health interventions could prevent blindness from trachoma; and that we had a new tool at our disposal in form of the Zithromax® donation from Pfizer Inc. — but we didn’t know much more.

Fast forward twenty years to 2018, and I am at once amazed and humbled by the progress that we have made to stop trachoma. Trachoma is a miserable neglected tropical disease (NTD) that if left untreated, leads to excruciating pain, stigma and social exclusion, and finally to irreversible blindness — practically a death sentence in sub-Saharan Africa. An estimated 163 million people are at risk for trachoma, down from 182 million in 2017. Large as that sounds, two decades ago, that number was above 400 million. And thanks to a huge commitment in standardized mapping of the disease, we know where to work, we know who is at risk, and we have a coalition of partners with the technical knowledge to stop this disease in its tracks. That is how, as of 2018, five formerly endemic countries have satisfied the criteria for validation of eliminating trachoma by the World Health Organization. That is how, in 2017, 81.4 million doses of antibiotic were donated by Pfizer Inc. to treat the early stages of the disease bringing the total donated to 717 million doses since 1998. Twenty years ago, it took months, sometimes years, to analyze program data.

Today, thanks to innovations such as the Tropical Data platform and our own Zithromax® Shipment Tracker, I am proud to say we could summarize progress and performance in the Global Programme for 2017 on January 1st, 2018, and anybody with a data connection can access program performance information practically in real time.

In 1998, building on the work of the pioneers, a small but audacious group of partners took on challenge of trachoma and created a global partnership. Today, this partnership includes over 40 countries, and an active collaboration between non-governmental, donor, private sector and academic organizations working together in the International Coalition for Trachoma Control to make antibiotics distributions more accessible, surgeries more affordable, and water, sanitation and hygiene facilities more dependable.

- Staying power: The global community is celebrating 20 years of determined action, including 20 years since the World Health Assembly resolution 51.11to end trachoma

- Demonstrable progress: In 2018 more countries will be validated free of blindness trachoma and over 200 districts will assess the impact of years of intervention

- The program has meaning: Trachoma is both a cause and a consequence of poverty. By delivering the SAFE strategy we are removing critical hurdles that prevent individuals from achieving their potential

Mindful of the struggles that lie ahead, and grateful for the partners fighting trachoma in the front lines of Ethiopia, Nigeria, Zambia, and countless other countries, let the only thing infectious in 2018 be optimism and opportunity, not diseases of poverty.