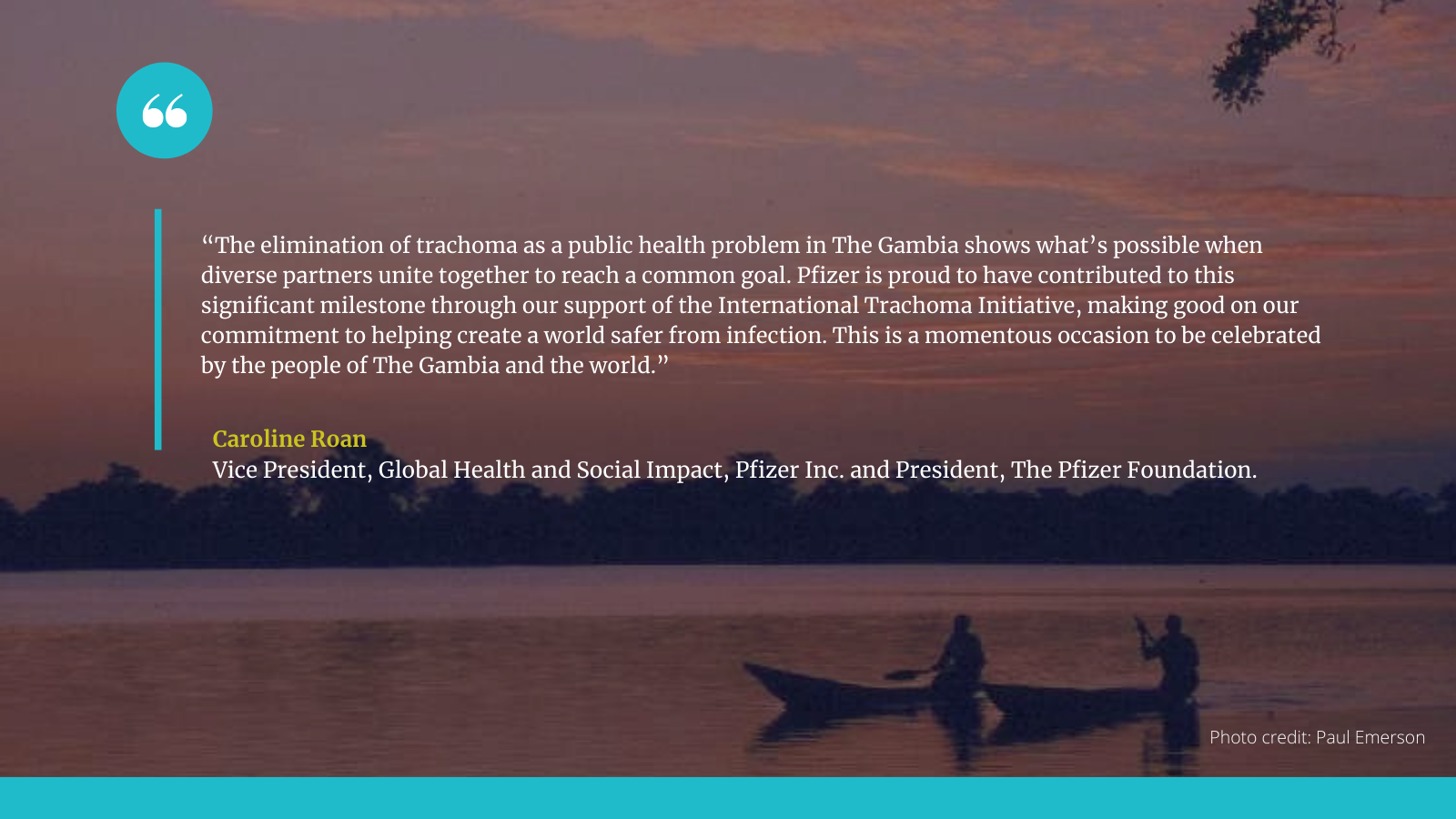 The Gambia has been validated by the World Health Organization (WHO) for eliminating trachoma as a public health problem.

The announcement follows the submission of a dossier to WHO demonstrating The Gambia has achieved WHO elimination thresholds, which are: 1) a prevalence of trachomatous trichiasis of less than 0.2% in adults aged over 15 years (approximately 1 case per 1000 people); and 2) a prevalence of less than 5% of trachomatous inflammation follicular in children aged 1–9 years.

The Gambia has a long history of trachoma. In 1959, the prevalence of trachoma was estimated to be as high as 65.7% among children in high burden villages. Evidence of trachoma was further verified in 1986, when the Ministry of Health conducted its first nationwide population-based survey which revealed trachoma as the second leading cause of blindness in the country after cataract.

Since then, government leadership, including the integration of trachoma into the National Eye Care Programme of The Gambia resulted in the scale up of all pillars of the WHO-endorsed SAFE strategy (surgery to correct trachomatous trichiasis, antibiotics for Chlamydia trachomatis infection, facial cleanliness and environmental improvements to reduce transmission).

The Gambia has shown leadership to integrate WASH interventions, with its national trachoma task force expanded to include the Ministry of Water Resources, Environment and Education. This facilitated the national trachoma task force to liaise with the Ministry of Water Resources to choose villages for their well digging programme based on the prevalence of trachoma infection determined by the geographical information system.

Collaboration with the Ministry of Education also resulted in the inclusion of trachoma in the WHO School Eye Health Activity Book, which aimed to improve facial cleanliness and sensitise communities to trachoma interventions. It also supported The Gambia’s innovative child-to-child strategy, which was introduced to support children to identify trachomatous trichiasis cases in their homes and encourage the adults to accept surgery.

“The Gambia has long applied the principles embodied in the new WHO Global NTD road map”, said Angelia Sanders, Chair of the International Coalition for Trachoma Control. “From innovative research to integration with the National Eye Health Programme, inter-ministerial and cross-sectoral collaboration and a focus on equitable access to services, The Gambia can be viewed as a model of what can be achieved with strong government leadership and collaboration with all stakeholders”.

“The elimination of trachoma as a public health problem in The Gambia shows what’s possible when diverse partners unite together to reach a common goal” said Caroline Roan, Vice President, Global Health and Social Impact, Pfizer Inc. and President, The Pfizer Foundation. “Pfizer is proud to have contributed to this significant milestone through our support of the International Trachoma Initiative, making good on our commitment to helping create a world safer from infection. This is a momentous occasion to be celebrated by the people of The Gambia and the world.”

"All Gambian people and their partners can rightfully be proud of their success in eliminating trachoma as a public health problem. The Gambia has been a pioneer in the development of the global programme to eliminate trachoma and after decades of strenuous and innovative work this terrible disease has finally been defeated. Let this be an example and inspiration to the rest of the world that it is possible to end the suffering caused by neglected tropical diseases" says Paul Emerson, Director of the International Trachoma Initiative.

“To know that elimination can be achieved through hard work, commitment and collaboration is important and acts as an encouragement to other countries to keep going with their own attempts, said Balla Musa Joof, Sightsavers’ Country Director in The Gambia. “Eliminating trachoma as a public health problem means that children in this country will now grow up not having to worry about trachoma, and the government will be able to use resources previously spent on defeating trachoma on other public health problems.”

The Gambia is the second country in the WHO Africa region and 11th country to achieve elimination as a public health problem worldwide.

ITI congratulates The Gambia on its achievement, as well as the many partners that supported the government, including the Department of Community Development, Department of Water Resources, The Gambia Organisation of the Visually Impaired, Pfizer, London School of Hygiene & Tropical Medicine, Medical Research Council, Ministry of Basic and Secondary Education, National Environment Agency, Sightsavers, United Nations Children’s Fund and the World Health Organization. 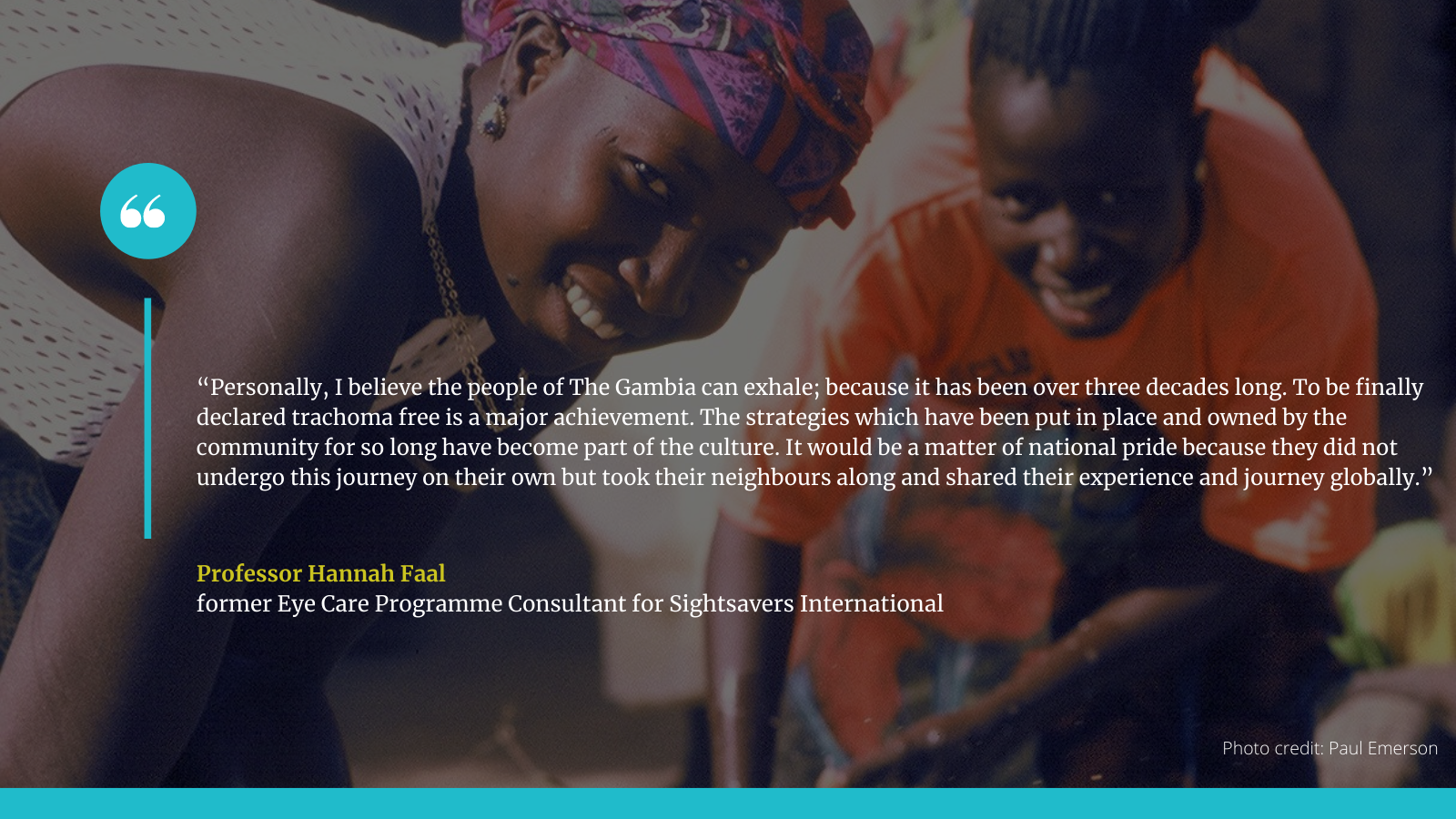 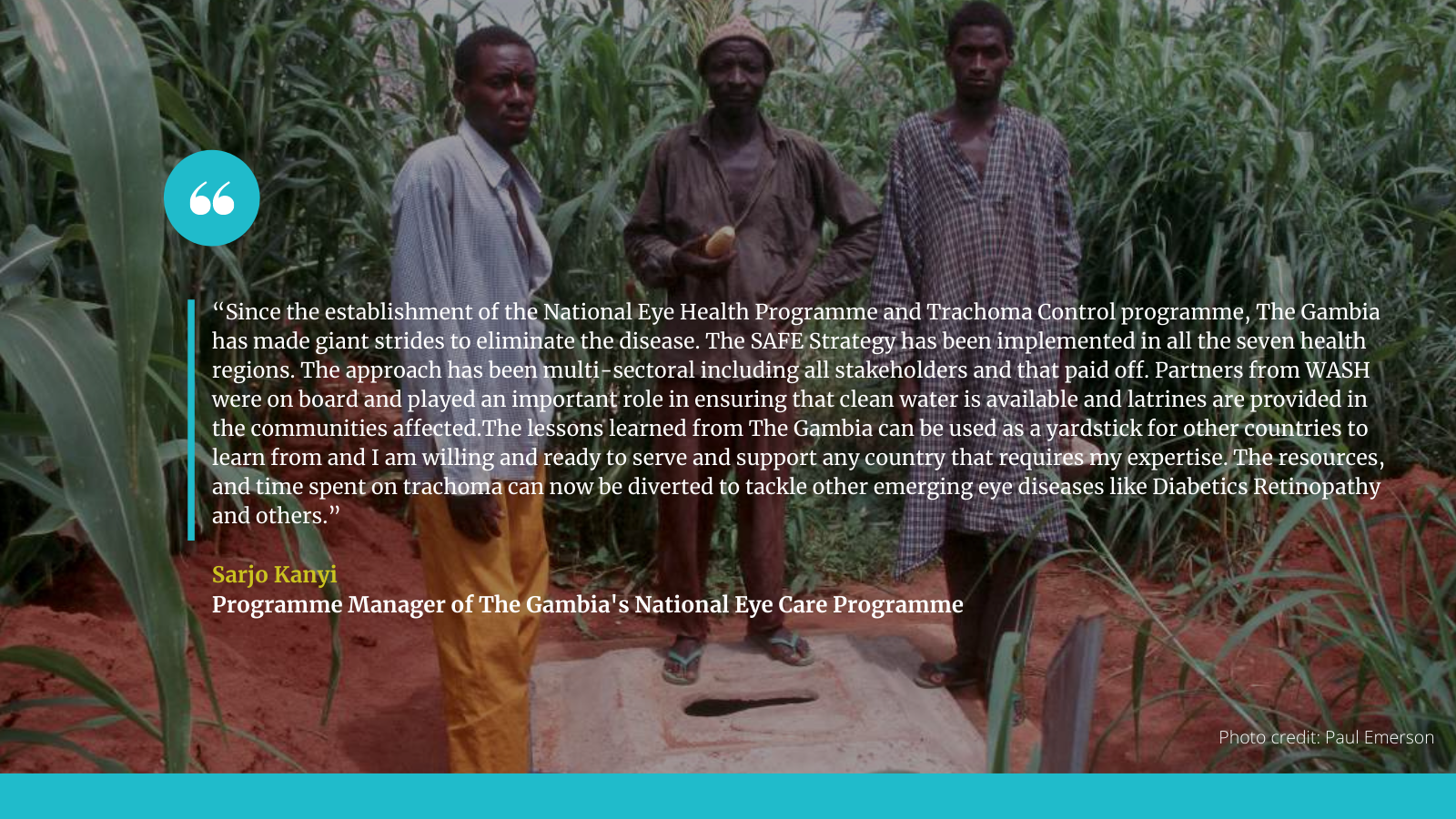 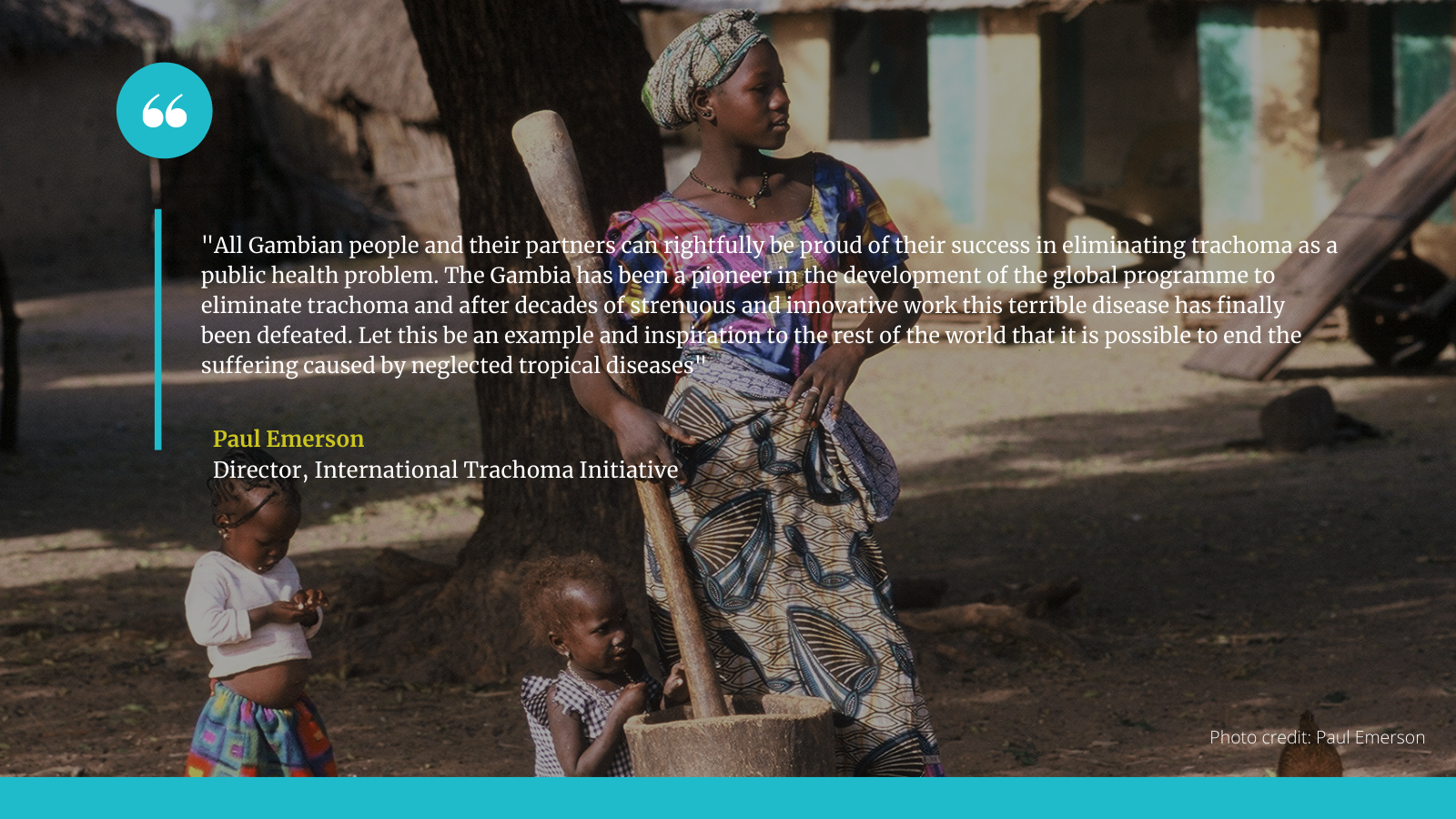