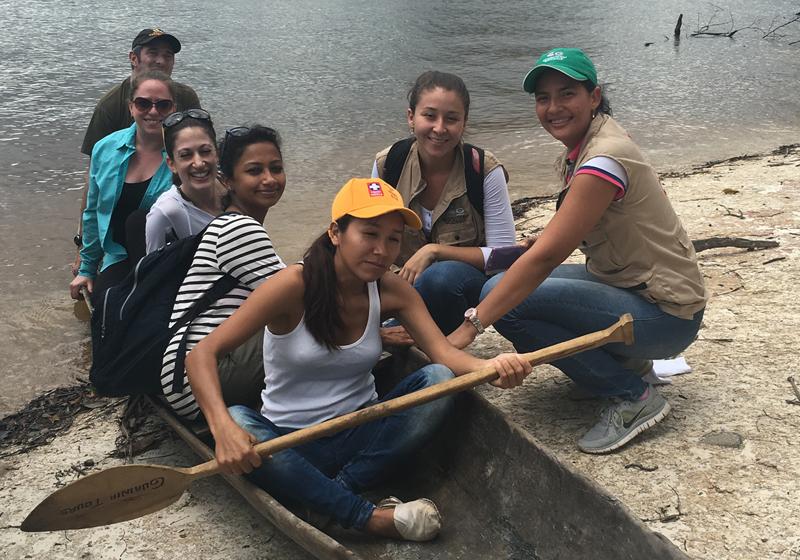 The piranhas in Inirida are big, but not that evil, Julian informed us, as we boarded an Emb 170 to Peurto Inirida in Guainia department in eastern Colombia. Julian is a bacteriologist and trachoma program manager here in Columbia. He was our guide for a recent visit to the country.

The World Bank recently declared that there are now more middle class than poor people in Colombia. But that means little to the poor and mostly indigenous communities in Vaupes, Guaviare, Guiania and Amazonas. Trachoma, long suspected to be endemic in these areas, has now been detected at low to moderate levels here.

After decades of conflict with rebels, the government has negotiated a peace treaty and power sharing deal with rebels who had rendered much of the country lawless. Likewise, the Ministry of Health has been proactive about tackling neglected tropical diseases such as trachoma in hard to reach areas.