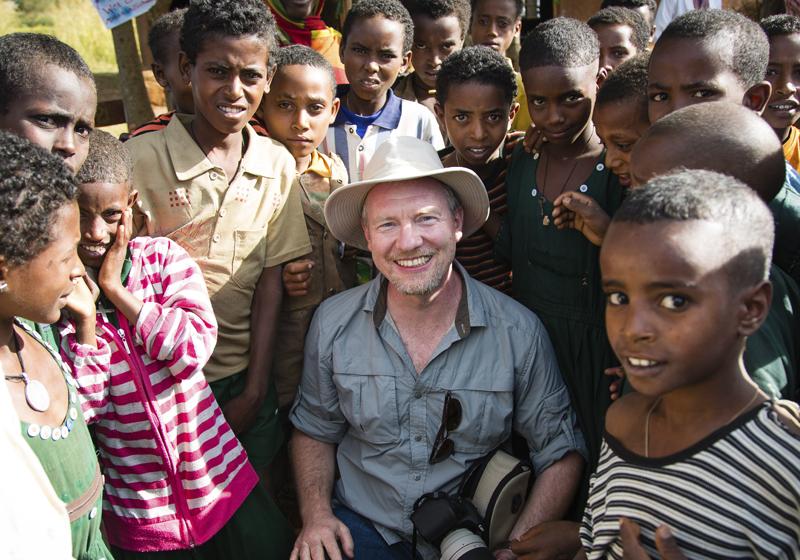 ATLANTA – Dr. Paul Emerson will join The Task Force for Global Health as director of the International Trachoma Initiative (ITI). His appointment begins January 6, 2014.  As director, Dr. Emerson will be responsible for the overall success of ITI’s trachoma elimination efforts with program partner Pfizer to achieve the global elimination of blinding trachoma by 2020. Dr. Emerson joins ITI from The Carter Center where he has been director of the Trachoma Control Program since 2004.  Through ITI, Pfizer has distributed 340 million treatments of donated Zithromax® to treat and prevent blinding trachoma in 28 countries in Africa and Asia.  The Carter Center recently distributed the 100 millionth dose of Zithromax® donated by Pfizer in Ethiopia.

“Paul has tremendous technical expertise and experience in delivering trachoma control programs and we are excited to have him lead our team at ITI,” said Dr. Mark Rosenberg, CEO and President of The Task Force for Global Health.

Emerson said he is “thrilled for the opportunity to join ITI at such an important juncture for the global program. With our partners who share the goal of global elimination of blinding trachoma by 2020, we will be able to provide Zithromax® for tens of millions of additional people in many new countries.” He added:  “I look forward to working with the GET2020 partners to use that knowledge to expand the global program and access to this fantastic donation from Pfizer.” GET2020, led by the World Health Organization, is the Global Alliance for the Elimination of Trachoma by 2020.

About 21.4 million people, primarily women and children, have active trachoma. The disease slowly and painfully robs people of their sight, as repeated infection turns eyelashes inwards, scraping the cornea and eventually causes irreversible blindness. Women, traditionally the caretakers of children, are almost twice as likely as men to develop blinding trachoma.

“Pfizer is excited about working with Paul in his new role at ITI,” said Kimberley Lewis, Senior Director for Social Investments at Pfizer. “Paul has over a decade of experience in trachoma and malaria control and brings the right combination of leadership and commitment to achieve the goal of global elimination of blinding trachoma by the year 2020.  We look forward to partnering with Paul and ITI to continue this important work.”

Allen Foster, chair of the Trachoma Expert Committee (TEC), which reviews country applications for donated Zithromax®, noted that the TEC is familiar with Emerson and his Carter Center trachoma work especially in Ethiopia, Sudan and Nigeria. Foster also noted Emerson’s previous work at the Medical Research Council.  “Paul brings a great deal of practical programmatic as well as innovative research experience to ITI. The TEC very much looks forward to further developing the already close and good working relationship we have with Paul.”

Prior to joining The Carter Center, Dr. Emerson worked in a number of other positions including Research Fellow and Lecturer of Biological and Biomedical Sciences, at the University of Durham where he was the grant holder and Principal Investigator leading a small team on multi-country evaluations of trachoma control programs assisted by HKI and World Vision.  He has worked for the Medical Research Council Laboratories in The Gambia, the Ministry of Education in Botswana, and the Ministry of Education in Kenya.

Dr. Emerson has published more than 100 peer-reviewed papers, and authored several letters, editorials and manuals in the areas of Surgery, Antibiotics, Facial Cleanliness, Environmental improvement, innovation, integration, and surveys and surveillance in the fields of trachoma and malaria control.

Dr. Emerson holds a doctorate in Biological and Biomedical Sciences from the University of Durham and an MSc in Applied Parasitology and Medical Entomology from the Liverpool School of Tropical Medicine.

About the International Trachoma Initiative

The International Trachoma Initiative (ITI) was founded in 1998 in response to the World Health Organization’s (WHO) call to eliminate blinding trachoma by 2020 (GET2020).  ITI’s founding partners, Pfizer and the Edna McConnell Clark Foundation, saw the need for an international nongovernmental organization dedicated solely to the elimination of blinding trachoma.  To achieve that goal, ITI collaborates with governmental and nongovernmental agencies at the local, national and international levels to implement the WHO-recommended SAFE strategy for trachoma control (Surgery; Antibiotics—using donated Zithromax; Facial cleanliness; and Environmental improvement).  ITI is a program of The Task Force for Global Health in Decatur, Ga.  ITI manages the donation of antibiotic donated by Pfizer.