Progress and Challenges in Trachoma Elimination in the Eastern Mediterranean Region 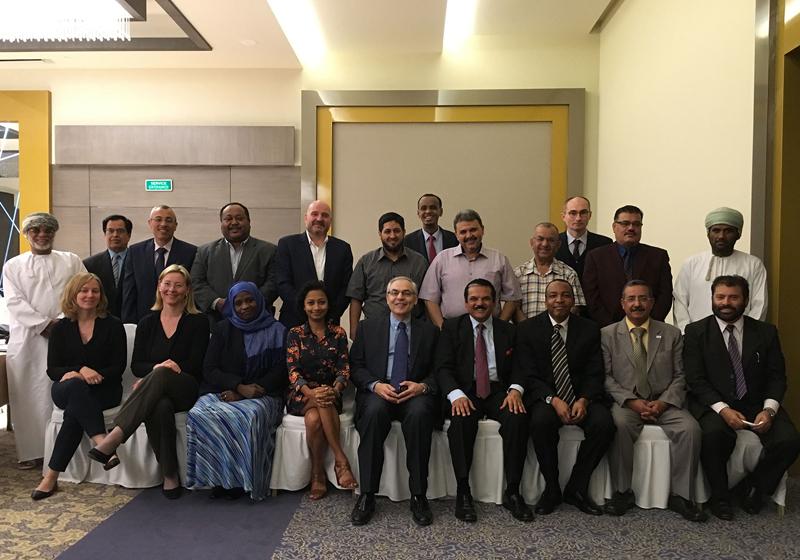 Balmy ocean waters from the Persian Gulf and heady aromas of chicken biryani from the gold souks greet visitors to the tiny island nation of Bahrain in the Middle East. Bahrain is one of 22 countries in the WHO-designated Eastern Mediterranean Region (EMR) and was host to the fourth annual meeting of the EMR Trachoma Alliance held on May 1, 2016. The EMR Trachoma Alliance was formed in March 2013 to support control of trachoma in the region, which accounts for 18% of the global burden of blinding trachoma. The Alliance provides trachoma-endemic countries opportunities to share experiences, identify common needs and access resources for mapping, programming and advocacy.

I represented ITI at this meeting and presented on ITI’s commitment and support to the EMR region through drug donations, capacity building and advocacy.

Of the 22 countries in the region, eight are known or suspected to have trachoma and four (Egypt, Pakistan, Sudan & Yemen) are partners with ITI in the Zithromax® drug donation program. While mapping for baseline prevalence has been completed in Sudan and Pakistan (not including insecure districts), several districts remain to be mapped in Egypt and Yemen. Nevertheless, the national program coordinators of Egypt and Yemen are eager to start full SAFE implementation and are actively seeking funding and implementing partners for trachoma MDAs. Pakistan will start the first round of MDAs in 2016, contingent upon securing funding for implementation.

Much progress has also been made in Somalia in recent years. The Ministry of Health will soon be launching integrated NTD mapping in the south central region with the support of WHO and is keen to incorporate trachoma into the mapping platform.

The next annual meeting will take place April 22, 2017 in Geneva, Switzerland.