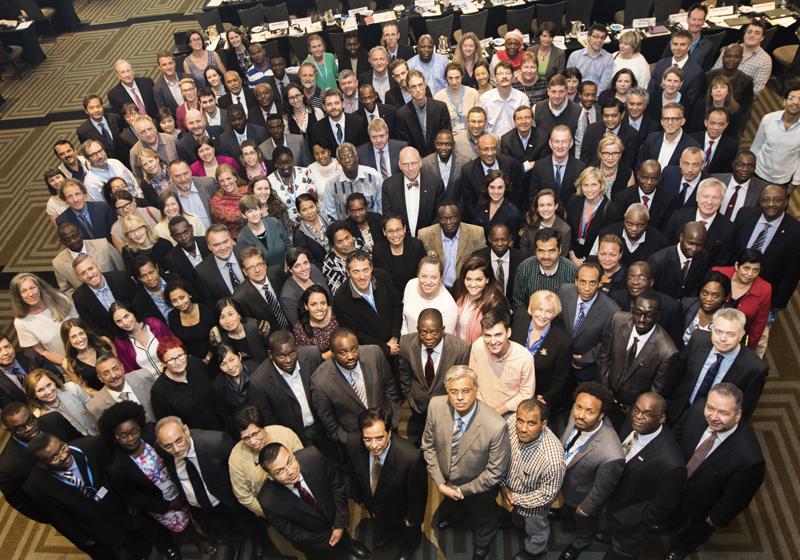 The sonorous boom of the didgeridoo greeted over 150 delegates on the first day of the 20th Assembly of the Global Alliance for the Elimination of Trachoma (GET 2020). Held at the Four Seasons Hotel in Sydney, Australia, the three-day meeting (April 26-28) was organized by the World Health Organization and brought together ministry of health representatives from over 40 endemic countries, NGO partners, donors and academics committed to eliminating blinding trachoma as a public health problem by 2020. In her keynote speech, Caroline Harper, CEO of Sightsavers, appealed for a call to arms to fight trachoma, a neglected tropical disease that is suspected to be endemic in 42 countries around the world. (Over 200 million live in trachoma endemic areas and 7.2 million people suffer from the advanced stage of the disease called trachomatous trichiasis where the eyelashes turn inwards and scrape the cornea).

Plenaries and break-out sessions over the three days included presentations from national program partners including Teddy Sokesi of Zambia, Sailesh Kumar Mishra of Nepal and Georges Yaya of the Central African Republic.

While in Sydney, ITI program and data team members caught up with program partners and discussed Zithromax® applications for the 2017 program year.