TT surgery “like a second birth” for Ethiopian woman 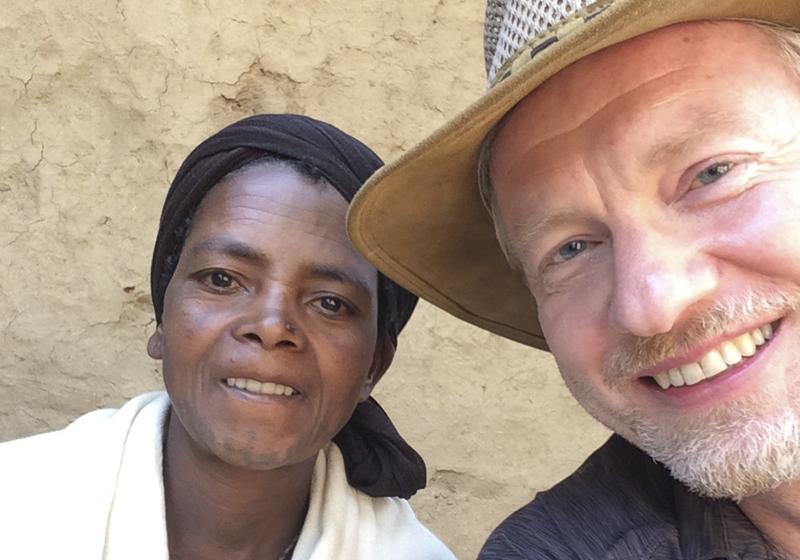 ITI Director Paul Emerson went to the Amhara region of Ethiopia in January, and senior program officers traveled to Nepal and Mauritania to support national surveillance efforts and Uganda for a trachoma program review.

Emerson met women in Mecha woreda, Amhara Regional State, Ethiopia, who had received surgery for trichiasis, the final painful stage of trachoma that can lead to blindness. One of the women, Yitayesh Tilahun, said the operation was like a “second birth” for her. Trichiasis had previously prevented her from working and she was confined to her house. She was forced take her daughter out of school to assist with the household chores. Yitayesh said she thought her life would consist of “poverty, suffering, and death.”

Her surgery, done in January 2014, was a collaborative effort between the London School of Hygiene & Tropical Medicine, Lions-Carter Center SightFirst Initiative, and the Amhara Regional Health Bureau. Ethiopia has the world’s highest burden of trachoma.

Yitayesh is proud that she can now "farm, cook and look after her family, just like any married woman." Her daughter has been able to return to school. Yitayesh's story is just one of the many that can be told from the tens of thousands of people who have received trichiasis surgery as part of the global trachoma program.

ITI Senior Program Associates Birgit Bolton and Joanna Pritchard visited trachoma programs in Nepal and Mauritania, which are close to reaching their elimination goals. The next step for them is to plan for surveillance to be sure trachoma does not return. In Nepal, Bolton worked with Dr. Sheila West, a trachoma expert from Johns Hopkins University who is working with the Nepalese trachoma program to implement a study to determine the best way to conduct surveillance. The methods she is studying use blood spots and ocular swabs to test for the presence of antibody and infection, in addition to looking for clinical signs of trachoma by flipping eyelids. Health workers were trained in all the study methods while Bolton and West were in Nepal.

“Nepal has a very successful, focused program” said Bolton, who also met with Shekhar Sharma of the Nepal Netra Jyoti Sangh (NNJS)/National Trachoma Program in Kathmandu. “2017 is their elimination date, which is very feasible. They will be doing surveillance in ten districts in 2015, and ten more in 2016. Then in 2017 they will prepare documents for validation by the World Health Organization.”

Implementation funds from supporting partner RTI has made this entire process possible. Individuals with the advanced stage of trachoma known as trichiasis present the biggest challenge.  The surveillance activities will be instrumental in identifying people who still need surgery before Nepal can be deemed free of blinding trachoma, Bolton said.

Bolton also traveled to Dhangadi to attend a training session for trachoma graders at the Geta Eye Hospital. “This trip will allow me to help other countries with surveillance related issues in the field,” Bolton said.

Surveillance was also on the agenda in Mauritania for Pritchard, who worked with trachoma expert Amir Bedri Kello of Ethiopia. The West African country, which sits between Senegal and Western Sahara, is also very close to elimination, she said. “They hope this will be their last year of treatment with MDA,” said Pritchard, referring to the mass administration of Zithromax® to treat and prevent trachoma.

Pritchard and Amir went to Nouakchott, Mauritania to meet with Dr. Oueld Minnih and Dr. Sidi Baba of the national prevention of blindness program.  The trachoma program has reached more than 720,000 people, and more than 1.7 million doses of Zithromax® have been distributed in 19 moughataas (districts) in 7 endemic regions.

In Uganda, 34 district health officers attended a trachoma program review to discuss how each component of the SAFE strategy is implemented in their health district.  “Each district had to give an overview of where they are,” Bolton said. “This is the first time Uganda has done anything like this.”

Impact surveys done in 2013 and 2014 show a reduction in TF with eight districts starting surveillance in 2015, Bolton said.  “This is great progress towards Uganda’s target elimination year of 2020.”

Presentations by ITI included Bolton’s overview of ITI’s work, and a technical presentation on treatment and surveillance guidelines by Teshome Gebre, ITI’s Regional Director for Africa.