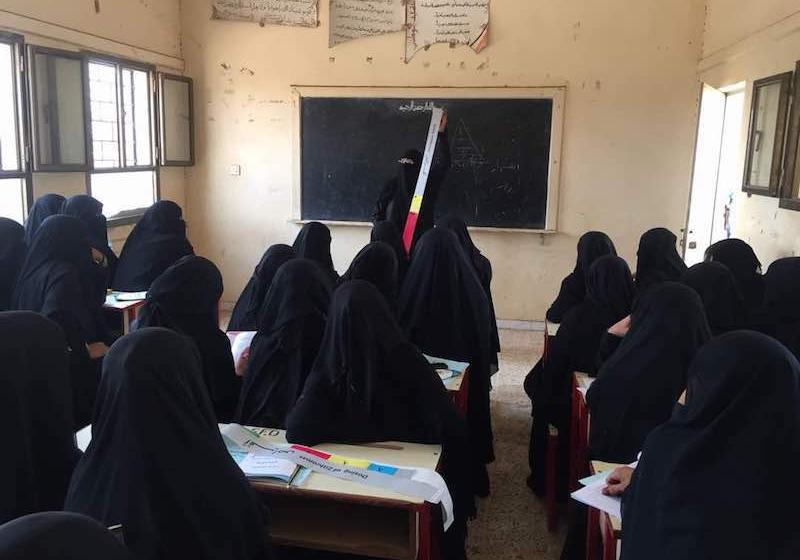 As featured in The Task Force for Global Health newsletter:

In Yemen’s “forgotten war,” a troop of health workers recently braved their way into remote villages carrying medicines provided by The Task Force’s International Trachoma Initiative (ITI) for the country’s first ever mass treatment of trachoma — the world’s leading infectious cause of blindness.

ITI had originally planned to start providing antibiotic to Yemen in 2015 as part of a comprehensive program to eliminate trachoma as a public health problem, but the outbreak of civil war forced the work to be suspended. Nearly 10 percent of Yemen’s population or an estimated 2.5 million people live in areas of the country where trachoma is endemic.

This May, ITI helped restart Yemen’s trachoma elimination program by managing the delivery of nearly 450,000 doses of the Zithromax® to the country. ITI worked closely with the World Health Organization (WHO) in Yemen to ensure that the antibiotic, donated by Pfizer, reached the war-torn country safely and in a timely manner. Among the challenges in getting the drug to the country was a United Nations (U.N.) flight embargo that caused the drugs to remain in Djibouti for several weeks before finally being shipped to Yemen’s capital, Sana’a.

Once the drugs were in Yemen, local health officials journeyed through roadblocks and conflict-riven areas to get the medicines to the districts. More than 4000 volunteers across 200+ villages were mobilized to administer treatment, going door-to-door to ensure that the medication was given to those who needed it. The volunteers were almost all women because they could more easily enter homes in a society that is still staunchly patriarchal.

The U.N. has called the war in Yemen the worst humanitarian crisis since World War II with an estimated six million people needing treatment for trachoma and other neglected tropical diseases (NTDs) – one of the highest in the Middle East. So starting the mass treatment program for trachoma elimination represented a significant breakthrough.

Administering treatment on a mass scale is a logistical challenge at the best of times but amidst strife, it becomes a heroic effort. Partner organizations had to intensify coordination with each other to overcome obstacles such as port blockades and diverted plane routes.

“It’s a historic occasion,” said ITI Director Paul Emerson, PhD. “Treating people en masse in the midst of a civil war is hugely challenging and the men and women delivering this first trachoma mass drug administration (MDA) should be an inspiration to us all.”

Applauding Yemen’s ministry of health, Emerson said it was their persistence and perseverance that made the MDA possible. He said Yemen had been one of the early adopters of the trachoma mapping survey, which assesses prevalence and identifies areas where interventions were needed.

Even after the civil war broke out in 2015, Yemen’s trachoma national program coordinator Tawfik Al-Khatib, MD, had been keeping ITI and other global partners updated about conditions on the ground. Last year, Al-Khatib asked ITI and other NGO partners to support a MDA in six of the country’s districts.

At the MDA, community health volunteers also distributed WHO-donated WASH kits containing soap and hygiene instructional pamphlets to prevent the spread of trachoma. Apart from drugs that prevent and treat the disease, access to clean water and sanitation are key components of the strategy to eliminate NTDs such as trachoma.

In addition to ITI, The Task Force has had a number of other public health initiatives in Yemen, including a global polio eradication effort to eliminate the risk of oral vaccine-derived polio. Despite the conflict, Yemen joined the worldwide initiative by first introducing the inactivated polio vaccine (given as a shot), and then replacing the oral vaccine with a safer oral version in May 2016.

Despite civil conflict, The Task Force’s Mectizan Donation Program (MDP) has continued to supply the antiparastic drug Mectizan® for river blindness elimination. This year, Yemen treated 36,000 people reaching 88 percent of the target population. The country has also successfully managed to interrupt transmission of lymphatic filariasis (LF); more than 150,000 people no longer need treatment with Mectizan® and albendazole for LF in Yemen.

Another Task Force program, TEPHINET, had supported basic epidemiological training through the country’s Field Epidemiology Training Program (FETP) as part of a larger initiative to strengthen the country’s health system.

Partners who work with ITI in Yemen included WHO, Sightsavers, CBM, and Fred Hollows Foundation.