A Message from Dr. Paul Emerson, ITI Director, On Our 100 Millionth Dose of Antibiotic Donated Year-to-Date in 2016 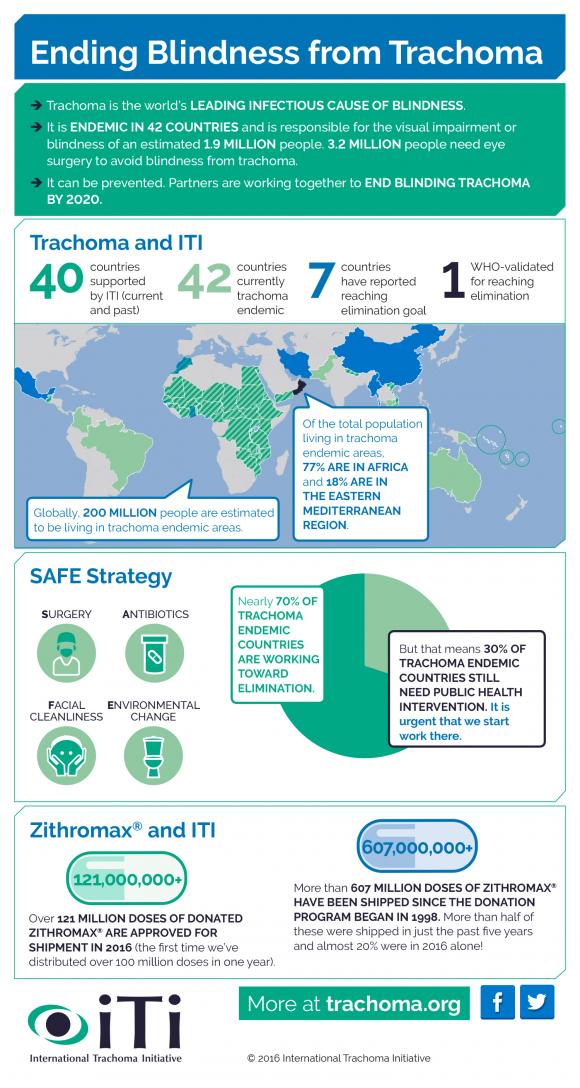 The Zithromax® donation that went to the Central African Republic on November 3rd 2016, puts the ITI drug donation program at 100,143,888 doses shipped year to date – with another 12 million in the pipeline and expected to ship by year-end. By reaching the target of shipping over 100 million doses in a year, the donation program is now at-scale. To put this number into perspective, ITI launched in 1998 and it wasn't until the 10th year, 2007, that the cumulative total shipped exceeded 100 million. This is the result of belief in the program by our partners, of focusing on increasing access to the donation for those at risk of trachoma by ITI, of enthusiastic uptake in the endemic countries, of increased trust in the program and the allocation of more distribution funds from donors, of strong global leadership by ICTC and WHO, and of the active participation of tens of thousands of distributors, and tens of millions of active consumers.

In short, a demonstration of deep commitment to a world free of trachoma by a huge partnership – and worthy of reflection of just how far we have come.