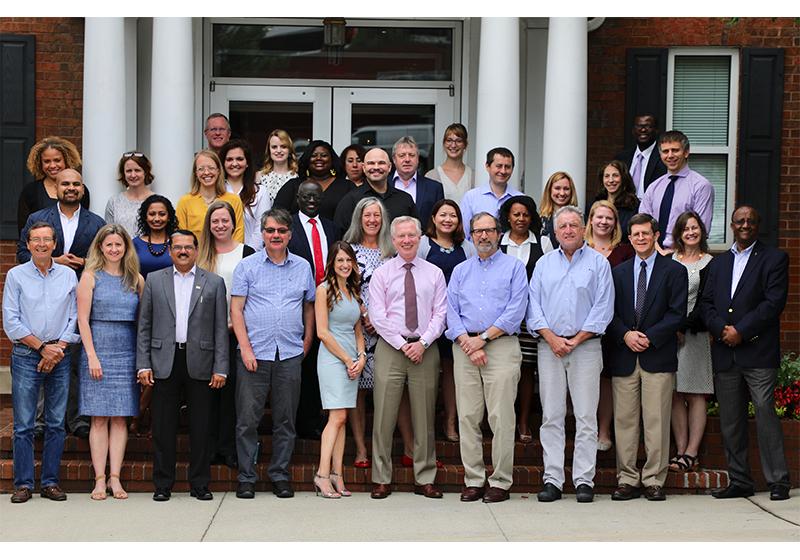 The 16th meeting of the Trachoma Expert Committee (TEC) was held June 6-8, 2017 at The Task Force for Global Health in Decatur, GA, USA.  Dr. Joseph Feczko, former senior vice president and chief medical officer of Pfizer, Inc, chaired the proceedings. Meeting observers included colleagues from WHO, Pfizer, the ICTC Chair, USAID, and implementing partners. During the meeting, TEC members reviewed Zithromax® donation requests for 2018 totaling 130,335,629 treatments in 939 districts from 29 countries. Of the treatments requested, just over 127 million treatments in 926 districts have now been approved or contingently approved for 2018.

By way of context, in calendar year 2016, ITI shipped 120.7 million treatments of Zithromax® and are projecting a total shipment of 110 million treatments during calendar year 2017. This level of scale-up in the Pfizer donation in 2016 and 2017 demonstrates the commitment of Pfizer in The Global Programme, and is complemented by the scale-up in financial support from major donors.

In addition to application reviews, TEC members discussed demand and supply projections for 2018, and progress towards TT goals. The TEC members acknowledged that with increased funding for MDAs and impact and surveillance surveys, many countries have been able to reach 100% geographic scale and several have begun scaling down following the successful implementation of A,F, and E.

Endemic countries and implementing partners were encouraged to split districts with large populations (>250,000 people) into multiple evaluation units of the recommended survey size (100,000-250,000 people) that align to functional implementation units.

Click here for a photo diary of TEC 16 and check out the highlights in this YouTube video.