The 17th meeting of the Trachoma Expert Committee (TEC) in Mangochi, Malawi. 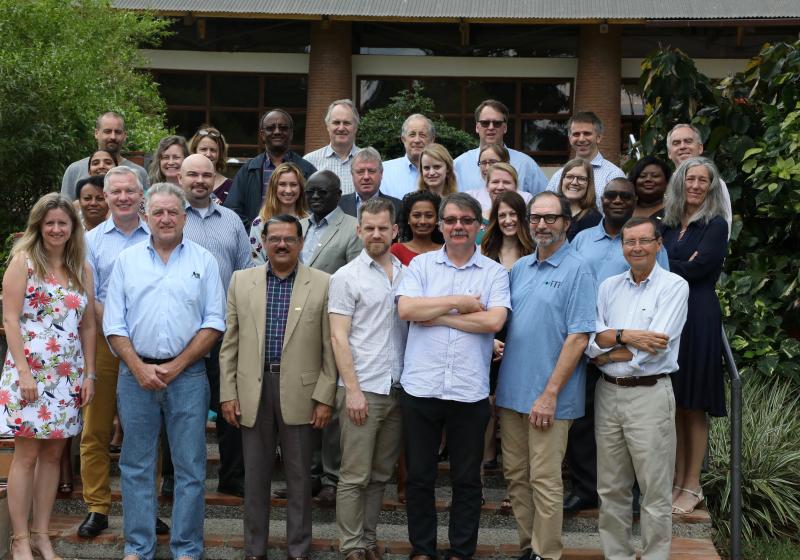 The 17th meeting of the Trachoma Expert Committee (TEC) was held November 27-29, 2017 at the Makokola Retreat in Mangochi, Malawi.  Dr. Joseph Feczko, former senior vice president and chief medical officer of Pfizer, Inc, chaired the proceedings. Meeting observers included colleagues from WHO, Pfizer, the ICTC, the London School of Tropical Medicine and Hygiene (LSHTM), University of California, San Francisco, and implementing partners. During the meeting, TEC members reviewed Zithromax® mid-year donation requests from Nigeria and congratulated the national program on their recent baseline, impact, and surveillance surveys, noting the significant decrease in prevalence in previously highly endemic areas. The TEC approved the mid-year request for additional districts to be treated in 2018.

The Malawi trachoma national program presented on progress made towards trachoma elimination in Malawi, including results of recent impact surveys, coverage surveys, and WASH activities in the endemic districts. The TEC recognized the remarkable progress made by the Malawi national program as a result of strong partnerships and noted the contributions of partners such as AMREF, BICO, CBM, Koica, and Sightsavers. The TEC encouraged ITI to hold similarly-formatted meeting in other countries as a way to showcase program achievements and progress.

In addition to presentations by the Malawi national program, preliminary results from the MORDOR study were shared at this meeting. The TEC noted the study results and welcomed further research on alternative treatment strategies and on the rational use of antibiotics.

Researchers from LSHTM presented on a study that explored the unusual presentation of trachoma in the Pacific Islands. Based on the results, the TEC recommended the consideration of the collection of infection data in other such situations where there is an unusual relationship between routinely collected clinical signs (TF and TT) as this may have implications for the rational use of Zithromax®.

The TEC congratulated the WHO’s Eastern Mediterranean Region for their development of a comprehensive trachoma regional plan of action and budget. The TEC also congratulated Pakistan for the completion of their first mass drug administration with Zithromax®, and Yemen for their commitment to launching the first trachoma MDA.