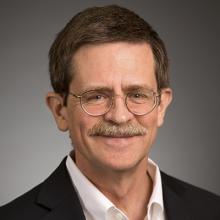 David Addiss is a public health physician whose work has focused on the prevention and treatment of neglected tropical diseases. After working as a general medical practitioner in a migrant health clinic in the San Joaquin Valley of California, David trained in public health at The Johns Hopkins University in 1985 and a completed a Preventive Medicine residency at the US Centers for Disease Control and Prevention (CDC) in 1988.  He was an Epidemic Intelligence Service (EIS) Officer at CDC from 1985 to 1987, assigned to the Wisconsin Division of Health.  As a medical epidemiologist in the Division of Parasitic Diseases at CDC, 1988-2006, David focused on the epidemiology and control of neglected tropical diseases, particularly lymphatic filariasis.  He co-founded and co-directed the World Health Organization’s Collaborating Center for Control and Elimination of Lymphatic Filariasis in the Americas.  In 2006, David joined the Fetzer Institute in Kalamazoo, Michigan, where he directed a research program in science and spirituality. He also taught at Kalamazoo College, where he was a Fellow at the Arcus Center for Social Justice Leadership.  From 2011 to 2016, David was Director of Children Without Worms, a program of the Task Force for Global Health in Decatur, Georgia.  He is currently chief scientist at the Task Force and adjunct professor at the Eck Institute for Global Health at the University of Notre Dame.  His interests include prevention of neglected tropical diseases, global health ethics, and the role of compassion in global health.