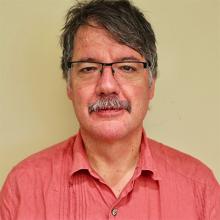 Dr Bailey’s first degree was in Mathematics. Before entering medicine he spent three years teaching mathematics and science at secondary school level. After training in medicine in Southampton he held a series of teaching hospital jobs and qualified MRCP DTMH, before joining LSHTM as the recipient of a UK Medical Research Council (MRC) training fellowship and subsequently as an MRC supported Clinician Scientist Fellow. In these positions he combined clinical research on trachoma in The Gambia with training in tropical medicine in The Gambia and at the Hospital for Tropical Diseases in London.

Dr. Bailey has had broad interests in research in tropical medicine and infectious diseases since his experience with Voluntary Services Overseas (VSO) in Ghana in the late 1970s. He was introduced to trachoma and to The Gambia while at Southampton Medical School. In his research he has focused on the problem of human ocular chlamydial infection (trachoma) and wrote his PhD thesis on its epidemiology and immunology in The Gambia. This was awarded the Woodruff medal for “outstanding research likely to lead in the short term to the alleviation of suffering in tropical or developing countries” in 1996. He has had a substantial association with the Medical Research Council Unit in The Gambia where he managed a series of research projects concerned with the immunology, pathogenesis, and treatment of trachoma, spending eight years there between 1990 and 2004.

In 1991 he conducted the first trial to show that azithromycin was effective treatment for trachoma, a finding which eventually led to the International Trachoma Initiative (ITI) donation program. His research has included efforts to strengthen the evidence base for interventions in trachoma with clinical trials, and his work with Dr. Paul Emerson, ITI Director, on the transmission of trachoma by flies has led to the inclusion of latrine provision in the ‘E ’ component of the SAFE strategy and onto the agenda of control programs. As of March 2017 he is author of 168 papers on trachoma, concerned both with public health intervention and with improving understanding of fundamental mechanisms in immunity and pathogenesis. He actively supports trachoma programs in The Gambia, Guinea-Bissau, Malawi, Senegal, and Zimbabwe with technical advice and operational research projects, and is looking to add to the list. He considers himself both honored and privileged to be a member of  ITI’s Trachoma Expert Committee.